What are crypto-earning games?

How Do Crypto-earning Games Work?

Crypto-earning games typically use blockchain technology to track player activity and reward them with cryptocurrency. Blockchain is a decentralized, distributed ledger that enables transactions to be transparent and safe. Multiple computers verify each transaction made on a blockchain on the network, which makes it incredibly difficult to cheat or tamper with the system.

How can you earn through cryptocurrency games?

Once players have earned some cryptocurrency, they can buy in-game items or trade with other players. Some crypto-earning games even have an exchange where players can buy and sell different in-game items. And as we mentioned earlier, some games also allow players to cash out their earnings for real money.

The top five crypto-earning games you should try

A new category of video games that lets players make money in the real world has emerged due to the rise of cryptocurrencies. The top five games for earning cryptocurrency are as follows :

1. Bitcoin Billionaire: This idle-clicking game allows you to earn Bitcoins by simulated mining. You can earn more Bitcoins by playing more.

2. CryptoKitties: In this game, you can buy, sell, and breed digital cats. The value of your cats depends on their rarity and attributes, and you can earn money by selling rare kittens.

3. Ethereumian Heroes: This RPG uses blockchain technology to reward players with ether for defeating enemies and completing quests. The more you play, the more ether you can earn.

4. Bitcoin Farm: In this simulation game, you will manage a farm and attempt to grow as much bitcoin as possible. The better your management skills, the more Bitcoins you can earn.

5. Moon Bitcoin: This widespread faucet allows you to claim small amounts of Bitcoin every few minutes. The longer you wait, the higher the rewards get. Hence, it’s worth returning to this game regularly to maximize your earnings.

With the rise of blockchain technology, a new breed of crypto tokens has emerged. These tokens purchase in-game items, characters, and other digital assets. Here are the top 5 crypto gaming tokens.

GameCredits is a blockchain platform that enables developers to create and monetize games. GAME is the native token of the GameCredits platform and is used to purchase in-game items and characters.

Refereum is a blockchain-based gaming platform that enables developers to reward players for their participation in games. RFR is the native token of the Refereum platform and is used to purchase in-game items and characters.

Dmarket is a blockchain-based marketplace that enables gamers to buy and sell in-game items. DMT is the native token of the Dmarket platform and is used to purchase in-game items and characters.

Wax is a blockchain-based marketplace that enables gamers to buy and sell in-game items and skins. WAX is the native token of the Wax platform and is used to purchase in-game items, skins, and other digital assets.”

Know What User Acceptance Testing Is and How It Works? 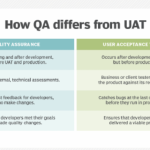 Know What User Acceptance Testing Is and How It Works?

Seven Reasons To Invest In Cryptocurrency

We Write Daily Posts About Related to tech and Blogging Because we are Cyber Pash.

You may have missed 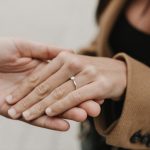 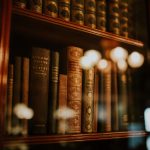 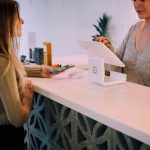 Deskflex System: How It Works. Selection criteria and features of desk booking software: 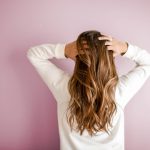 Ending Natural-Hair Bias in the Workplace